Humanity is going to spread into space! For the first time in many years, we are talking seriously about going Mars. Chances are becoming increasingly high that many of us will see a settlement on Mars during our lifetimes. This didn’t seem to be the case 10 years ago when the ancient voyages of the Apollo mission were a distant memory of our space-faring past. No, we are back on track to explore the stars and it is being spearheaded by one of the boldest and most ambitious companies of our time: SpaceX. It’s about rocket reusability and drone ships.

How is SpaceX’s rocket reusability going to make space more accessible to us?

Our exploits into Space have always been very expensive and therefore too prohibitive for the average citizen to ever have an opportunity to be involved in space travel. The problem is that every time anything has to go to space, somebody has to build a whole new rocket… and rockets are literally rocket science and cost billions of dollars. The problem is that up until now rockets have never been reusable. Imagine how expensive airline tickets would be if for every flight you would have to dispose of the airliner. Nobody would be able to fly. But luckily we have airplanes that can make hundreds of flights during their lifetime so flying is affordable enough that most middle-class people will have at least one airplane flight in their lives. Well, this is what SpaceX is trying to do for space travel. The goal is to take people and things to space for a much cheaper price by making rockets reusable. They have already made it cheaper to go to space without making the rockets reusable, so once they begin reusing rockets, our space-faring future will have begun in earnest.

So what is all the hype about drone ships? 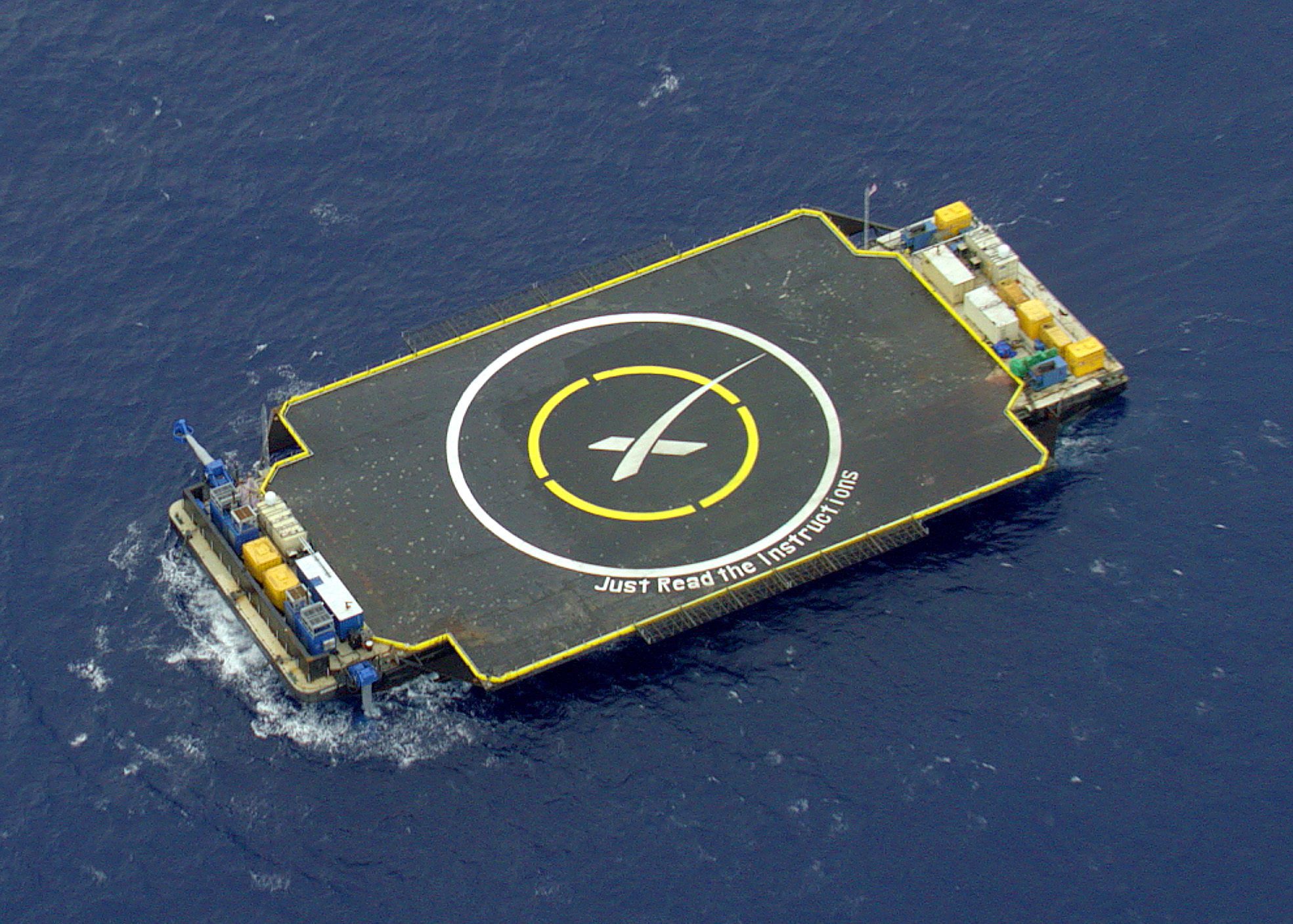 I will sum up the whole process as briefly as possible. Rockets take stuff into orbit. Orbit is a path that goes around and around the earth again and again like the moon does. To get stuff up into an orbiting path the rockets must begin to fly sideways almost immediately after take-off. Usually, the rockets are launched so that they go sideways over the ocean so that they don’t fly over any populated areas, so if the rocket blows up, nobody’s living room gets smashed to pieces. This is why most US launched space-bound rockets almost always hook a right over the ocean.

Next bunch of facts. Rockets are made in a few separate pieces, or as space geeks like to call them, “stages”. The various stages are designed for carrying the cargo in different parts of the flight. The biggest and most expensive of all the stages is the part that gets the rocket out of earth’s atmosphere. Once the stuff has been carried out of the atmosphere the first stage separates from the rest to make the whole thing much lighter for the rest of the flight.

The important thing to notice is that what NASA and everybody else has always done is to let that huge expensive first stage burn up in the atmosphere and let the last bits of debris plummet into the ocean. But not SpaceX … they are landing them back on Earth for reuse.

Making rockets reusable requires you to land them. Landing a rocket is not an easy task, especially if most rockets take off and immediately fly sideways over the sea. After the rocket has taken off over the sea, you have two options for landing it after it has taken the goods to space:

Option 1 requires a LOT of fuel. For a big, heavy rocket flying at thousands of kilometers per hour as it leaves the atmosphere slamming on brakes isn’t very easy. The rocket has to first do a flip around and then start blasting its boosters in the opposite direction to fly back to the land. This wastes tons of fuel.

Option 2 says, “Let’s not waste all that fuel. Let’s let the rocket carry on doing its thing, use a little bit of fuel to slow it down as it reenters the atmosphere, and use the last bit of fuel to do a cool jetpack landing on a drone ship in the ocean. Cheaper and easier, and because you don’t take the extra fuel up, you can take more tons of payload up. Awesome.

In honor of this small step of man and giant leap for mankind, we have designed a cool SpaceX Drone Ship key ring. If you own a 3D printer and are interested in the space-bound future of your species, please consider it your duty to download the STL files from GrabCAD and 3D print your own.

If you have ever had to publish a lot of Inventor IDW drawings at the same time, you will know how tedious it can be […]

On Tuesday, 6 February 2018, SpaceX plans to make history once again. They will be testing their new “Falcon Heavy” rocket for the first time…and […]

As sometimes happens with designers like me or other career choices that will make you sit on your butt all day, at some point you […]

AutoCAD is awesome! In fact, AutoCAD is so much more awesome than many of its users think it is. One of the most underrated powerful […]

If you have ever had to publish a lot of Inventor IDW drawings at the same time, you will know how tedious it can be […]

Be the first to see our latest load of somewhat awesome content.

Comments or questions are welcome.

Scan to see this page on your mobile